WHAT IS DICLOFENAC SODIUM?

Diclofenac Sodium is a NSAID or non steroidal anti inflammatory drug which lowers pain and inflammation causing substances in the body.

It is prescribed or used mainly for the treatment of rheumatoid arthritis, osteoarthritis, or ankylosing spondylitis. 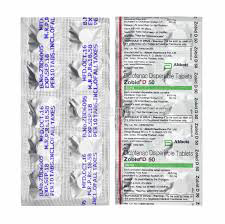 Diclofenac Sodium is available under various trade names throughout the world, some of which are Voltaren, Zobid D (made by Bal Pharma), and Voveran (made by Novartis).
Diclofenac Sodium may also be used for conditions not described here.

Diclofenac Sodium (Voltaren, Zobid D, Voveran) usage may lead to life threatening heart or circulatory problems such as heart attack or stroke, especially if taken for a prolonged period.
This medication is not recommended just before or after a heart bypass surgery.

You must seek emergency medical attention if you have chest pain, weakness, shortness of breath, slurred speech, or difficulties in vision or balance after taking Diclofenac Sodium.

Diclofenac Sodium may also impact stomach or intestines severely by causing bleeding or perforation in them.
Inform your doctor right away if you witness symptoms of stomach and intestinal bleeding such as stools which are black, bloody, or tarry in appearance; bloody cough or vomit that resembles coffee grounds.

These effects can be dangerous and fatal and come up without any warning while you are on Diclofenac Sodium treatment.

The risk is high, especially in older adults.
Avoid alcohol while taking this medication as alcohol can complicate the conditions and put you on a higher risk of bleeding.
Diclofenac Sodium is a NSAID (non steroidal anti inflammatory drug).

Some common medications also contain NSAIDs so if you are already using them, then taking Diclofenac Sodium along with them will lead to too much of NSAID in your body.

Read the labels of those medicines carefully and look carefully if they contain NSAIDs such as aspirin, ibuprofen, ketoprofen, or naproxen.

Diclofenac Sodium is a FDA pregnancy category D drug. This medication has the potential to harm an unborn baby if taken while being pregnant.

However, the potential benefits of Diclofenac Sodium may warrant the use of this drug in pregnant women in spite of potential risk.

Do not take this medication without the advice of your doctor. It is not known if Diclofenac Sodium can pass into breast milk and harm a nursing baby.

Talk to your doctor about this. Diclofenac Sodium is not recommended for children younger than 18 years of age without proper medical advice.

Do not take Diclofenac Sodium medication (Voltaren, Zobid D, Voveran) if you are allergic to it or if you have allergies towards other NSAIDs like aspirin and others.
Remember to take care of all precautions and points mentioned above before taking this medication.

Discuss them with your doctor thoroughly.
To ensure safe use of Diclofenac Sodium medication, let your doctor know in advance if you have any of these conditions: asthma; polyps in your nose; porphyria; bleeding or blood clotting disorder; if you smoke; if you have a history of heart attack, stroke, or blood clot; liver or kidney disease; heart disease, congestive heart failure, high blood pressure, or a history of stomach ulcers or bleeding.

HOW SHOULD I TAKE DICLOFENAC SODIUM?

Take Diclofenac Sodium (Voltaren, Zobid D, Voveran) strictly according to your doctor’s direction or according to the instructions on the medication label.

Do not alter the dosage unless your doctor advises you to do so. Also, do not take this medication after the prescribed period is over.

Avoid crushing, breaking, or chewing a Diclofenac Sodium extended release tablet as doing so may lead to too much of the medicine to be release at once.

Instead swallow it whole. Do the same with the enteric coated tablet that has a special coating for stomach protection.

Breaking an enteric coated tablet can damage that coating. Always store Diclofenac Sodium medication in a cool and dry place.

WHAT IF I MISS A DOSE?

If you miss a dose of Diclofenac Sodium medication, take it as soon as you remember. Don?t take the missed dose if the time to take the next dose is almost up.

Taking multiple doses near to each other can lead to excess medication in your body which can be harmful.

WHAT IF I OVERDOSE?

In case of an overdose of Diclofenac Sodium, get emergency medical attention or call the Poison helpline at 1-800-222-1222.
Overdose may lead to drowsiness, muscle weakness, nausea, vomiting, stomach pain, shortness of breath, light headedness, or fainting.

THINGS AND ACTIVITIES TO AVOID WHILE TAKING DICLOFENAC SODIUM:

SIDE EFFECTS DUE TO DICLOFENAC SODIUM:

Diclofenac Sodium gastro medication like all medications has the potential of causing side effects.

Some of the common side effects due to this medication are black, bloody or tarry stools; bloody cough or vomit that looks like coffee grounds; increased blood pressure; diarrhea; upset stomach; nausea; heartburn; stomach pain; constipation; or drowsiness.

The side effects mentioned above are the not the only ones and there may be other side effects which may be rare and serious.

Seek medical attention immediately if you get serious side effects while taking Diclofenac Sodium medication. You may also report your side effects to FDA by calling in at 1-800-FDA-1088.

Diclofenac Sodium dosage will be fixed by your doctor after examining you properly. Dosage may depend on a range of factors like age, sex, drug allergies, or seriousness of the condition among several other factors. Stick to your doctor?s prescription strictly.

INTERACTION WITH OTHER DRUGS:

Some drugs can interact with Diclofenac Sodium. Let your doctor know in advance if you are using any of these interacting drugs presently: blood thinner like warfarin, cyclosporine, digoxin, diuretic, insulin or oral diabetes medications, isoniazid, pronbenecid, rifampin, secobarbital, teniposide, sertraline, sulfamethoxazole, lithium, methotrexate, steroids, zafirlukast , aspirin or other NSAIDs, heart or blood pressure drugs like benazepril, ramipril or others, or cholesterol-lowering medicine such as fenofibrate or others.

The drugs mentioned here are not the only ones that can interact with Diclofenac Sodium. There may be others as well. Share the list of all types of medications and related products which you are using with your doctor and never start a new medication without his or her advice.

No, Zobid D 25 Tablet DT is not a narcotic. It belongs to non-steroidal anti-inflammatory drugs (NSAIDs) group of medicines.

No, Zobid D 25 Tablet DT does not get you high. It does not have an abuse potential (drug-seeking behavior) and does not cause physical or psychological dependence. However, if you do not feel well, consult your doctor.

Long-term use and high doses of Zobid D 25 Tablet DT may cause renal problems such as protein or blood in urine and painful urination.

Zobid D 25 Tablet DT can cause drowsiness and also dizziness, fatigue (tiredness) and visual disturbances. However, it is not very common and may not affect everyone. If you experience these symptoms avoid driving or operating heavy machinery.

Q. What is the most important information I need to know about Zobid D 25 Tablet DT?

It is important to know that Zobid D 25 Tablet DT may increase your chance of having a heart attack or stroke. The risk is more if you take higher doses and have been using the medicine for a longer time.

Also, taking Zobid D 25 Tablet DT may cause ulcers, bleeding, or holes in your stomach and intestine. These problems may happen without warning symptoms at any time during treatment and may even cause death. Therefore, if you encounter any such problems, consult your doctor immediately.

Q. Can Zobid D 25Tablet DT be taken during pregnancy?

You should not take Zobid D 25 Tablet DT during the last 3 months of pregnancy as it may cause harmful effects on your baby.

In some cases, Zobid D 25 Tablet DT may be prescribed in pregnant women only if the benefits outweigh the risks involved with its use in pregnant women. If not sure, consult your doctor regarding its use.

Caution is advised when consuming alcohol with Zobid D 25. Please consult your doctor.

it is highly unsafe to use during pregnancy. Seek your doctor’s advice as studies on pregnant women and animals have shown significant harmful effects to the developing baby.

it is probably unsafe to use during breastfeeding. Limited human data suggests that the drug may pass into the breastmilk and harm the baby.

it may cause side effects which could affect your ability to drive.
Your night vision may get worse during your treatment. This can happen suddenly. Drowsiness and dizziness have been reported very rarely. This may affect your driving ability.

it is probably safe to use in patients with kidney disease. Limited data available suggests that dose adjustment of Zobid D 25 may not be needed in these patients. Please consult your doctor.
If you experience excessive tiredness, puffy eyes and difficulty in urination while taking this medicine, inform your doctor and stop the therapy.

it is probably unsafe to use in patients with liver disease and should be avoided. Please consult your doctor.